A primer on Doctor of Philosophy (PhD / DPhil)

As part of this multi-part article, we present information necessary to know all about PhD / Doctorate Degree 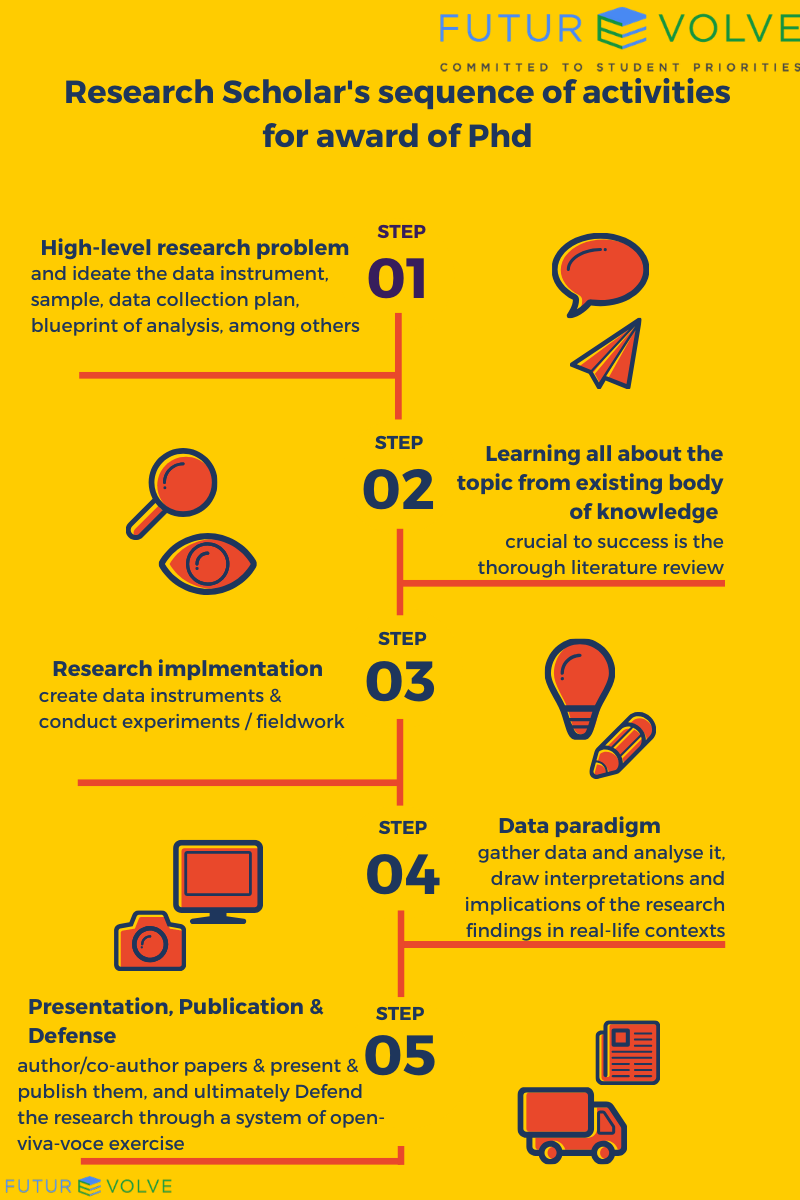 Doctor of Philosophy (PhD or DPhil) is awarded to a research scholar at the conclusion of independent, self-directed research degree supported by one or more supervisors. The recipient of such a degree will then be qualified to use Dr. as a suffix to her/his name. Today, Doctor of Philosophy is awarded through structured PhD / DPhil Research Programs by Universities in almost all fields of study ranging from Arts, Humanities, Sciences, Engineering and Technology, Business Studies, Medicine / Health Care, Mathematics, Fine Arts, Music, Theatre, Instruments & Acoustic Studies, and so on.

According to Keith Allan Noble (1994), the first doctoral degree was awarded in medieval Paris around 1150. The doctorate of philosophy developed in Germany as the terminal teacher's credential in the 17th century (circa 1652).

PhD is generally open to those who have completed their Master's Degree and takes anything between 3 to 7 years of research. In India, generally, one needs to pass the GATE exam to qualify for a PhD in engineering and NET for a PhD in sciences. Firther Institution of Eminence (IoEs) and Deemed Universities are at liberty to conduct their own eligibility / aptitude exams. For Example, VIT has Doctoral Research programs for which it conducts VIT Research Entrance Examination (VITREE).

The research scholar (the term for those pursuing their PhD) has to engage in the following stated activities as part of the mission to be awarded a PhD Degree at the end of it:

It takes at least 3 years of original research work under the supervision and guidance of the research guide(s). The primary objective of the PhD degrees is to prepare the next generation of scientists, academics and researchers.

Why PhD is expanded as a Doctor of Philosophy if it is awarded in almost every field?

In the context of academic degrees, philosophy doesn’t merely refer to the field of philosophy or the holder of a PhD does not necessarily study philosophy, rather it refers to its original Greek meaning which is, “love of wisdom”. Dr. Anand Ranganathan, Jawaharlal Nehur University, New Delhi weighs in on the role and import of Philosophy in PhD here in this short excerpt

The number of doctoral graduates in a country is viewed as a measure of that country's educational and research capacity and excellence. Various research agencies and multilateral developmental organizations often use the doctoral graduates demographics to compare countries' maturity in setting up and operating respective countries' national education system, development vision, path, etc. The approach these organizations adopt in their assessments is fairly straightforward. The primary and secondary education system data is used to evaluate the country's literacy and basic learning capacity. Higher Education segment, a subset of tertiary education level, is seen as a source of talent for the industry. The other segment of this tertiary level is the advanced research based education of which Doctoral Programs are foremost. This indicates the country's capacity to be inventive and innovative. Further, it is also an indicator of the extent of capacity expansion of the country's higher education system.

The Organisation for Economic Co-operation and Development (OECD) in its report in 2014 has listed the most number of doctoral graduates leaderboard per country. The United States took the first place with 67, 449, an undisputedly large number of doctoral gradutes per year. With 28, 147, Germany was a distant second on the list. United Kingdom (25, 020), India (24, 300) and Japan (16, 039) took the third, fourth and fifth respectively among the OECD Countries.

Do you want to know what it is like to pursue a PhD Program? Are you looking out for any guidance to help you decide/apply for a PhD Program? Let us know.. Just send us a message via the chat-bot. Additionally, stay tuned for more information and guidance related to PhDs that will soon be updated in continuation to this article.