Python as a Booming Programming Language In today's digital era, Many language came and disappear but Python is one of those few renowned languages that is enjoying a high run and demand in this digital programming world. Python has experienced tremendous growth of around 18-19% in the last 5 years. As per the PYPL Index Python is ranking at the #1 position for April 2021 index. The language ranks among the most popular programming languages in several other renowned platforms also such as Stack Overflow, Github, etc. Also, the compatibility of Python with trending technologies like AI & ML makes it more preferable among the developers.

So, till now you understand what Python is. Let's deep dive and follow along. Python is an interpreted, object-oriented, high-level programming language with dynamic semantics. Its high-level built in data structures, combined with dynamic typing and dynamic binding, make it very attractive for Rapid Application Development.

Python was created in the 1980s as a teaching language by Guido van Rossum. The main objective behind python is to bridge the Gap between shell and C programming.

But today, top companies around the world have millions lines of Python code driving their products in everything from data analysis to finance. So how did we go from that almost 40  years ago thinking Python scripts we're gonna be a dozen lines of the most to where we are today where Python becomes a data science Powerhouse. So, isn't it exciting !

Motto- "Python as Alternative to Bash"

Motto- "Python as Alternative to MatLab

Motto- "Python as Alternative to R"

In now-a- days Python is evolving for Cloud Computing and Data Analysis and Automation-Flexibility fields.

Comparison of Python as Swiss-Army-Knife

It's like a Swiss-Army-Knife that anybody can contribute to. Strength of Python is you have a huge capabilities but the weekness is Hard to know where to Start.

So where do I start?

Conda- Conda is a cross-platform package and dependency manager, focused on python for scientific and data-intensive computing.

It comes in two flavours-

- MiniConda is a minimal install of the conda command-line tool.

- Anaconda is MiniConda plus hundreds of common packages.

Then What about pip???

Pip installs Python packages in any environment while Conda installs any package within conda environments.

Hurray! Now you can start with your first Python Program. For example, look at the following code snippets to print “hello world” in Java and Python.

So, by seeing the above snippets We hope you got understood why Python is growing exponentially. Python has been the favorite language of almost every individual who is just starting with the programming domain for the past some years.

We hope you are with us till now. Now we will understand in detail why to use Python and the reason behind it's popularity. The primary reason behind this is a quite simple syntax that makes it easy to read, learn, and use. People want to use Python because of its intuitiveness, beauty, philosophy and readability. The language is extensively used for web development, software development and with several trending technologies such as Machine Learning, Artificial Intelligence, Data Science, etc. The language offers some enriching features such as rich library support, automatic garbage collection, easier integration with other languages, GUI Programming support together with better and strong community support.

These are some of the Reasons Why You Must Consider Writing Software Applications in Python.

What is Python Used for 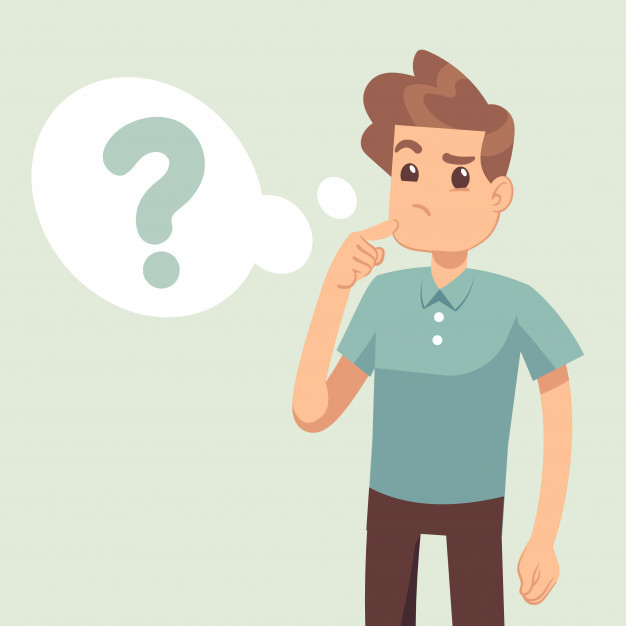 Python is used in virtually every industry and scientific field that you can imagine. Here we are going to explain about some of the most common useful fields.

And some other fields are as follows.

Companies which use Python 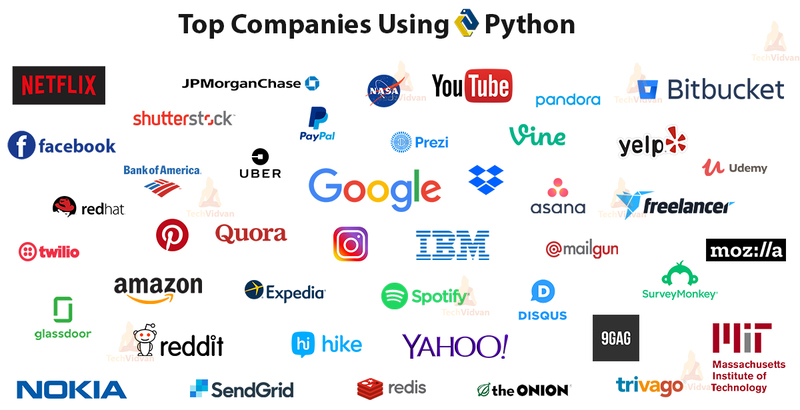 The Python programming language is widely used by companies around the world. arge technology companies tend to be polyglot (use many programming languages rather than standardizing on one), with Python either as a primary language or the "glue" that helps all the other languages fit together. Some large companies like Google, Uber, Twilio, Netflix, Spotify, Instagram and Facebook uses Python in their development stacks.

It is said that Data science combined with Python as the best career and future taking one to new heights. IT companies are now depending on Python for the major work. Community support for Python is vast and diverse. There are many famous open source events and conferences happen through out the year internationally by many Python communities.

The international community for the Python programming language holds several conferences (PyCons) each year. PyCons are hosted all around the world, mostly organized by volunteers from local Python communities.

Don't forget to checkout my Previous Blog about Pycon and it's exciting journey. I am sure you will enjoy going through it.

There are some other conferences and workshops also like DjangoCon Europe, EuroPython, EuroSciPy, OSCON etc.

So, Python is a general-purpose language sometimes referred to as utilitarian which is designed to be simple to read and write. The point that it’s not a complex language is important. The designers placed less of an emphasis on conventional syntax, which makes it easier to work with, even for non-programmers or developers. So I am sure now you have understood why Python is so popular among developers and what makes it special. 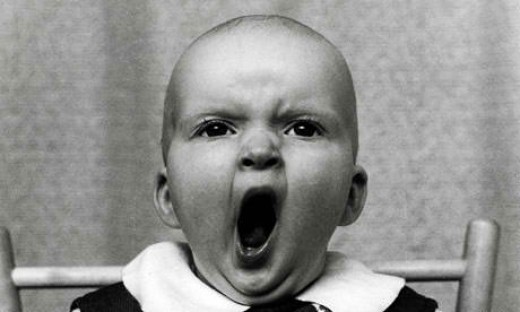 If you have reached till here, We hope you have find it interesting and got some great insights. Thanks for reading and giving your valuable time.

If you have any feedback for us feel free to reach out.

Punit Batra
Hi, I am a full stack developer.